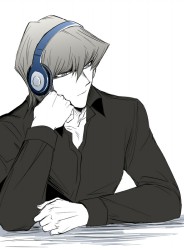 How about adding Yagami Raito? I'm curious how you would make his skills xD
As much as it never reaches my goal, I will never stop trying.
Top